Art
Castles and gardens
Montbéliard
France
In the heart of the town of Montbéliard, the castle stands on a rocky spur overlooking the confluence of the Lizaine and Allan rivers. Consisting of two large round towers (1424 and 1590) and a main body rebuilt in 1751, the castle was for four centuries, from 1397 to 1793, the residence of the Dukes of Württemberg. The latter marked the Montbéliard region with an independence of spirit and freedom that would be reinforced in the 16th century with the Lutheran reform.

In 1960, the castle became a museum with archaeological, natural history and fine arts collections. Since 1970, the museum has also been developing a collection of contemporary art, including works by the painter Jean Messagier. Many temporary exhibitions linked to the various departments of the museum complete the discovery of this site.

The castle's historical collections consist of furniture, silverware, paintings, weapons and objects from the 15th century to the end of the 18th century. Among the most remarkable pieces are the bassin de la Tempérance, the ewer and the bassin de Mars of the Montbeliarde goldsmith François Briot (around 1585) and the dresser of Jérémie Carlin (1600). Some portraits, furniture and souvenirs illustrate childhood in Montbéliard and in Étupes de Sophie-Dorothée, duchess of Württemberg (1759 - 1828), wife of Paul I (Tsar of Russia) under the name Maria Féodorovna.

The collection includes nearly a thousand works of art consisting of prints, paintings, sculptures from the middle of the 20th century to today. It is structured around the years 1970-1990 and more particularly around the local figure of Jean Messagier (1920-1999). A panorama of about a hundred works (paintings, engravings, sculptures...) sheds light on the path of this pillar of lyrical abstraction, a movement that developed in Paris in 1947, around A. Manessier, P. Soulages, J. Bazaine, Tal Coat, H. Hartung... The geometric abstraction illustrated by works by François Morellet, Véra Molnar, César Domela constitutes a counterpoint. A look is also taken at the artists and the technology based on the essential presence of the Peugeot and Japy factories.


Georges Cuvier (Montbéliard 1769 - Paris 1832), father of scientific paleontology, elevated anatomy to the rank of science and highlighted a classification of the animal kingdom, which is at the origin of the one we use today.

Paleontology is illustrated by regional collections: The marine reptile of Noirefontaine (-180 million years old), the vertebrate fossils of Romain la Roche cave (-150,000 years old) including a woolly Rhino skeleton, the plant fossils of Ronchamp (-300 million years old), the fish of Froidefontaine (-35 million years old) and the bears of the Gondenans-les-Moulins caves (-50,000 years old) including a skeleton of a baby under 10 days old.
The zoological and botanical collections were created in 1843. Mammals, birds, insects and herbarium beds in the region form the constantly enriched bottom.


The museum's archaeological collections come mainly from regional sites. As a compulsory passage zone between the western, southern and Rhine regions, the Montbéliard region has always had a strong influence on the populations, who have been able to take advantage of its attractions and natural resources. The Mesolithic is built around rock shelters and open-air campsites used as hunting and fishing stops, as well as a presentation of engraved and painted pebbles from Rochedane. The Neolithic period saw the appearance of fortified habitats and the birth of agriculture, as shown by the sites of Gonvillars and Gondenans-les-Montby. The Bronze Age marks a profound change in the economy and social structures through the use of bronze (the object of commercial relations), as evidenced by the discoveries of Mount Julien in Pont-de-Roide around 900 B.C. The burial of a warrior in Mathay (around 200 BC) illustrates the Iron Age.

Concerning the Gallo-Roman period, the rich collections (religious statuary, many objects of daily life...) retrace the evolution of the vast agglomeration of Mandeure over more than 400 years.
The Early Middle Ages are illustrated by the Merovingian necropolises of Blussangeaux and Bart-Courcelles. 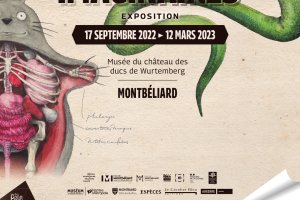 From
17/09/2022
until
12/03/2023
Films, comics, graphic books... fictional universes are fascinating and full of imaginary beings that borrow their fantastic characteristics from very real species. From the dragons of mythology to Our Neighbour Totoro, from the monster of Alien to the Wyvern, the exhibition Comparative Anatomy of... 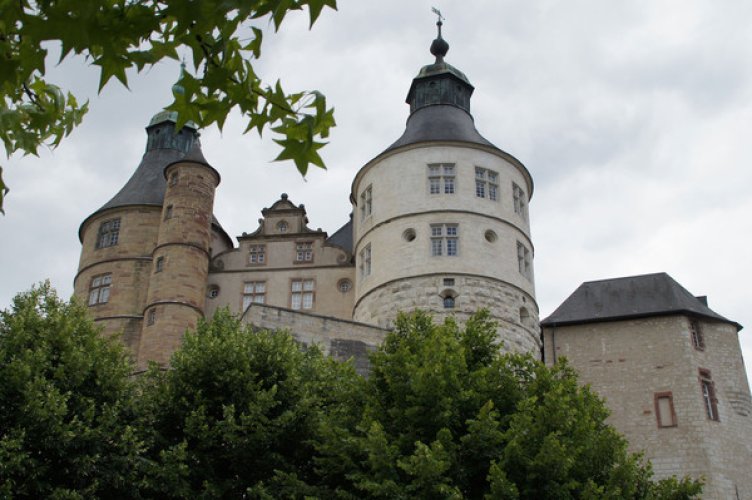 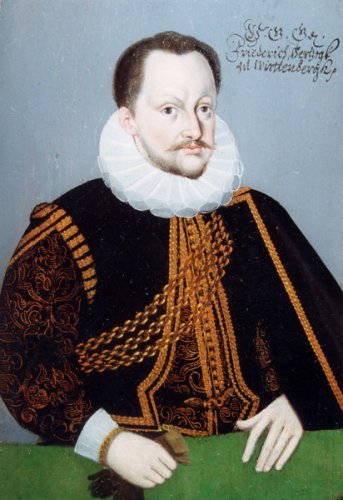