Castles and gardens
Neustadt an der Weinstraße
Germany
In the eastern outskirts of the Palatinate Forest, embedded in the cultural landscape of the Upper Rhine Plain and in neighbourhood of the cultural sites of Speyer, Heidelberg and Worms, Hambach Castle is a vivid site of the history of democracy and one of the most attractive touristic highlights of Rhineland-Palatinate.

Hambach Castle is awarded the “European Heritage Label” as a symbol of European unification and the ideals and history of Europe and the European Union.

Kästenburg, Maxburg, Hambach Castle – these three names already show the change of this impressive site on the hilltop of the Haardt, 325 m high. Residence of bishops, archive, ruin with forester's house, touristic attraction and meeting place, blighted fairy tale castle, forgotten construction site, memorial and museum: The fortress on the hill of sweet chestnuts has undergone numerous changes. Depending on the owners' interests, the site was either ambitiously refined or abandoned.

The most important event during the long history of this place is Hambach Festival. On the 27th May 1832 30,000 people met on the castle mountain. German, French and Polish, men and women from all ranks of society followed a procession up the hill and raised the flag in black, red and gold, today the German national flag. The participants of the festival fighted for freedom and unity of Germany and Europe. Since then, Hambach Castle is named the cradle of German democracy and belongs to the symbols of democracy in our country, as well as the Paulskirche of Francfort and the Reichstag of Berlin.

The exhibition “Up and onwards to the castle!” documents vividly the events of 1832, their pre-conditions and consequences. By numerous attractions for people of all ages, the visit becomes an exciting experience and makes history concrete and animated – it is not only allowed, but explicitly appreciated to participate in media and interactive stations! To highlight the exhibition, five virtual characters of Hambach participants show the visitor how Hambach Festival looked like and lead him through the exhibition. Anna, daughter of a wine-grower of Dürkheim, August, student of Heidelberg, Katharina, wife of a carpenter of Neustadt, Heinrich, physician of Kaiserslautern and Johann, journalist of Francfort – they speak about their personal story and experience during these days by means of numerous multimedia-based stations.

The exhibition is divided into several thematic sections:

- Europe in unrest – on the way to Hambach Festival

- Basic rights, freedom, peace of nations – the long way to democracy and to Europe

A very special exhibit is the flag black-red-gold - our original flag - raised for the first time during Hambach Festival as a symbol of freedom.
By offering museum education service accompanying the exhibition, it is possible to deal with the history of German democracy more intensely. By means of guided tours and workshops, children, young people and adults learn more of this historic event and thus gain a deeper understanding of democracy as a concept of social life and human life. 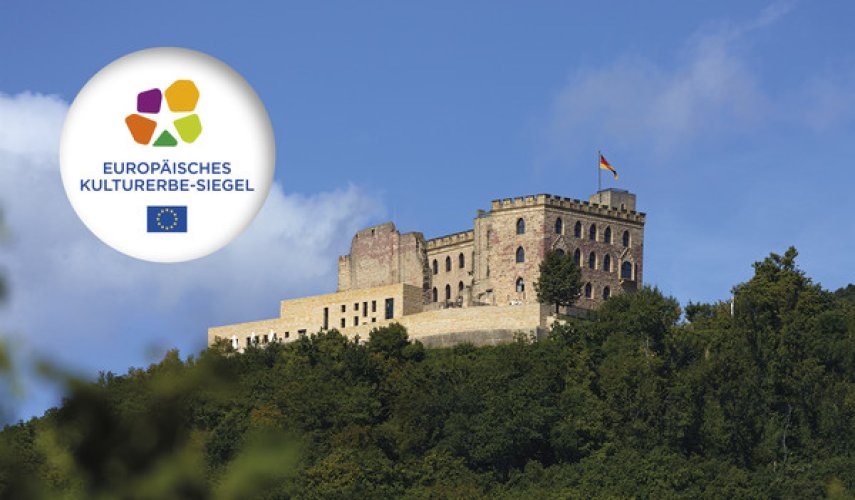 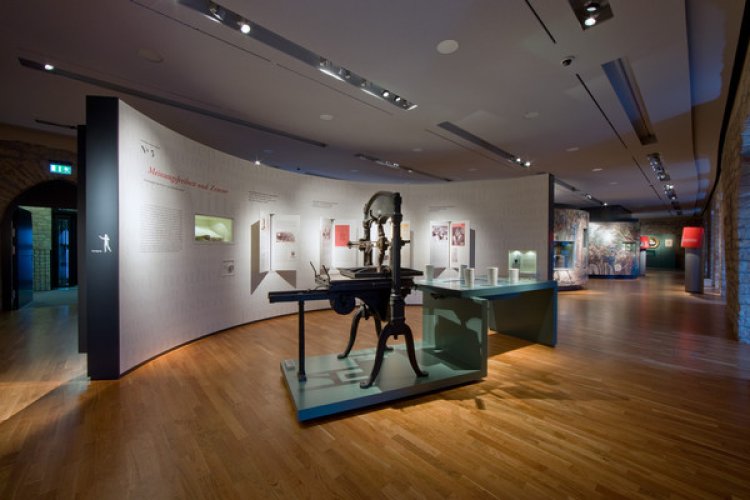 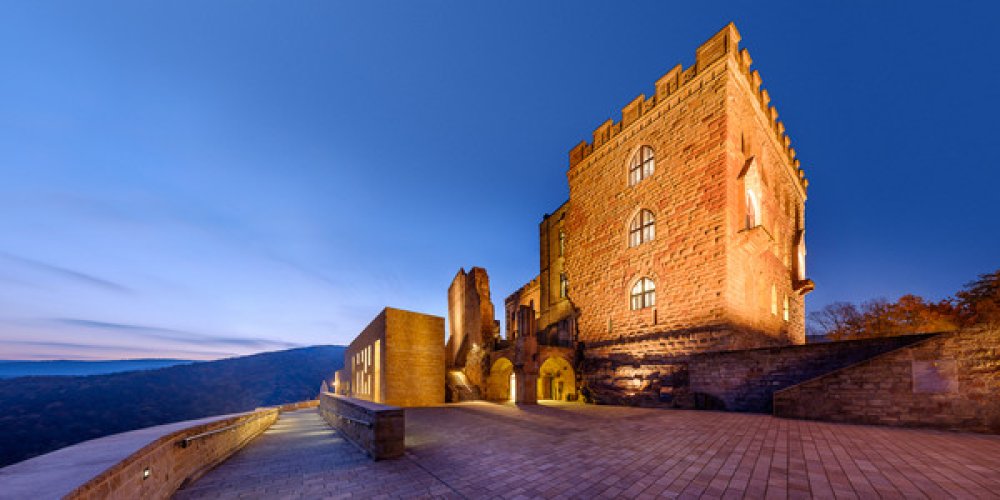