Solo Position. Eine Initiative von kulturelles.bl
Exhibitions
Switzerland
From
24/01/2020
until
05/07/2020
The first institutional solo exhibition of the Vienna-based artist Stefan Karrer (b. 1981 in Basel), who explores internet platforms and digital material to examine the relationship between people and technology. The exhibition is accompanied by a sound performance as well as an artist book from Mark Pezinger Books. Solo Position is a competition format launched by kulturelles.bl.
“No cave, but a nice view.” Calypso’s Cave was once one of the most important mythological sites on the Maltese island of Gozo, yet this recent piece of online commentary seems tinged with an air of disappointment. According to the legend, the nymph Calypso once held Odysseus captive as a “prisoner of love” in this cave for seven years. Since 2012, however, the cave has been closed to the public given the risk of it collapsing. Now, another cave nearby serves as the locus of touristic longings and social media content. The Instagram tag #calypsocave has thus long ceased to refer to images of the original site. This development recalls the famous caves in Lascaux, France. Known as Lascaux IV, there is already a fourth identical copy of the original caves, which have been closed since the 1980s. Here too, the majority verdict among the social media commentariat seems to be that the reproduction is far more impressive than the original anyway. Furthermore, the internet now enables to access such sites via virtual tours, rendering bodily presence unnecessary. It seems that disappointment usually sets in when we physically encounter the places, landscapes, cities, exhibitions, or people that have been traveled to, commented on, and photographically transformed so many times in the virtual realm. Has the online version of the world become more attractive than the original?

This is where Stefan Karrer’s work takes off. The immersive sound and video installation at Kunsthaus Baselland features a website Karrer made, which presents a selection of photos and image captions connected to the #calypsocave tag in a loop and renders them physically experienceable. The images, comments, and varying brief descriptions of the myth of Calypso’s Cave have long ceased to refer to the original site. According to Karrer, the installation thus shows how the mythological site may have been relocated across the bay because of its instagramability — an attempt to correct physical reality so that it better conforms to its digital copies circulated in social networks. In 2019, the government of Gozo undertook digital scans of the “original” Calypso’s Cave as part of a geological examination that would lead to the cave being renovated and reopened to the public. So far, the results have failed to meet expectations. Perhaps because we’ve gotten used to other images?

As we move further into the exhibition, we encounter !Ping — a new digital assistant currently in development. It hardly seems unfamiliar. Microsoft Word had already introduced a similar assistant in the form of a cartoon paper clip with eyes who was always available to answer our questions as we worked on our PCs. Karrer’s presentation of the website now shows this digital companion in the process of development. At first it may seem whimsical, helpful, and supportive. But as soon as one starts thinking about its functionalities, a sense of unease sets in: !Ping is able to generate its own meanings from the files included in the search range and voice entries. This requires !Ping to listen to its environment nonstop and constantly be connected to the internet as well as various other systems and algorithms. Only after a long period of computer inactivity does it enter into a kind of sleep mode. In Karrer’s words, this is when it starts to “dream” of the files, passwords, and IP-addresses from its past. These “dreams” are the only time when its mouth is no longer connected to Amazon’s arrow.

Karrer shows how a tool can develop into an agent in its own right in VS, a sound installation consisting of the two best-selling synthesizers worldwide, namely the Yamaha DX7 and Korg M1. The sounds of their factory presets were used in a vast number of pop songs, soundtracks, and advertisements during the 1980s and 90s. One could thus speak of an auditory collective memory, through which both synthesizers have become part of our time. The sounds of these synthesizers became famous in their own right, but were also overused to the point of becoming cliches. The third room brings us back to Karrer’s initial theme and feature the exhibition’s titular work: oO. However poetic and sensual the image, sound, and lines of text may initially seem, their background remains soberly technological. oO reflects on the term “bokeh” — a Japanese term used to refer to out-of-focus areas in photographs — which has been heavily discussed on various internet platforms. A synthetic voice reads blog and forum entries by Mike Johnson, a former editor at Photo Technique Magazine who was largely responsible for introducing the term into English usage. He also added the letter “h” to the end of the term’s standard roman spelling in order to prevent future mispronunciations. However, it is unlikely that Johnson could have pushed the heated arguments about the term’s pronunciation and meaning that continue to rage across a variety of internet platforms to this day into a specific direction.

Karrer combines a selection of forum entries from the last twenty years with suggestions about the term’s pronunciation and presents them alongside found images of water droplets. Although oO focuses on arguments about meaning and pronunciation, it has a surprisingly poetic quality: much like a dada poem, each word is a struggle, while the photographs cited seem to look back at us with their ghostly “droplet eyes,” echoing the avatar in !Ping. The digital world returns our gaze.

Herein lies the special quality of Stefan Karrer’s work. He isn’t a moralist who points fingers in his work. Rather, his works enhance our understanding and sensibilities about phenomena that have long shaped the virtual worlds we inhabit to varying degrees and determine our actions within them. (IG)

Stefan Karrer (born 1981 in Basel, CH) lives and works in Vienna. He completed his BA in music and media art and MA in contemporary arts practice at the Bern University of the Arts. In 2017 he was awarded the Basel Media Art Prize, and in 2019 he received a scholarship for the Atelier Mondial Residency in Johannesburg and Cape Town.

Stefan Karrer and Ines Goldbach are especially grateful to: kulturelles.bl and the Canton of Basel-Landschaft, the Basel-Landschaft Art Commission, Bianca Pedrina, Daniel Karrer, and Raphaël Schmid. 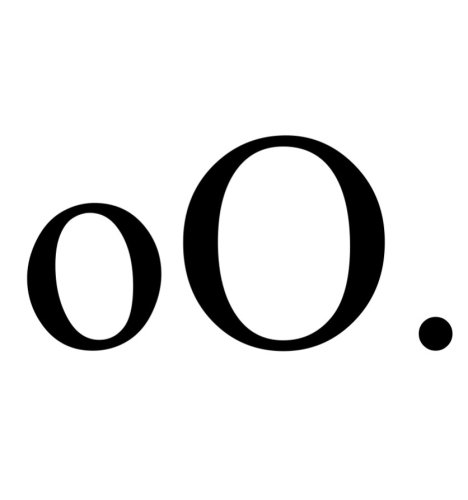