Exhibitions
France
From
19/11/2022
until
19/03/2023
How can architecture – a medium governed by strict rules and intangible dogmas – be impossible? Taking this contradiction as its starting point, the kaleidoscopic exhibition running from 19 November 2022 to 19 March 2023 at the Musée des Beaux-Arts explores the various avenues taken by artists from the Renaissance to the present day as they have attempted to strip architecture of its reason.

This exhibition has been awarded the label of “exhibition of national interest” by the Ministry of Culture. As a result, it has received special funding from the State.
Once freed from the rigid codes of its constructed existence, architecture is capable of transmitting ideas and probing deep into human thought, memory and the unconscious. As a product of our imagination, it has served as a major source of inspiration throughout the history of art, influencing artists of all eras who have seized upon the considerable potential of architectural imagination to surprise, destabilise, challenge and denounce. Without claiming to constitute a comprehensive examination of a subject that – owing to its polysemous character and mises en abyme – is infinite by nature, the exhibition has been structured into five thematic chapters built around different notions, each offering its own possible keys to understanding the theme: caprice, excess, disorientation, threat and loss. Core motifs such as the labyrinth, the tower, the staircase, the house and the castle serve as the central thread of this journey into strange, fabulous and disturbing worlds that are often free from any human presence whatsoever.

Thanks to its spirit of openness, the exhibition is not limited to painting and art on paper, the preferred mediums of both the “artist-builder” and the architect (when the latter chooses to put down their ruler and compass in favour of the brush and chisel). Instead, it identifies points of resonance within the worlds of literature, photography, cinema and video games, and embarks on journeys into strange universes – sometimes jubilant, sometimes frightening, but always dominated by architecture. Far beyond a simple element of context or background décor, architecture is used to symbolise a dreamlike stroll or psychological detour, variously serving the artist as a terrain for playful experimentation, psychic exploration, social demands or political protest. The exhibition comprises more than 150 works of all kinds from national and international institutions and private collections, bringing together over 80 artists. The leading names of international contemporary art (Wim Delvoye, Elmgreen & Dragset, Bodys Isek Kingelez) rub shoulders with active artists of a lower profile, such as Emily Allchurch, Lee Bul and Frantisek Lesak. Eminent figures from the history of art (Jan Gossaert, Escher, Piranesi, Boullée, Hubert Robert, Victor Hugo, Gustave Doré) sit alongside a series of historic names that will be much less familiar to the French public (Wendel Dietterlin, Bruno Taut, Wenzel Hablik, Carel Willink). All of them place architecture at the centre of their creative approach and their visual world.

Over the last few decades, imaginary, fantastical and utopian architecture have been variously explored by exhibitions in Nuremberg, Barcelona and Paris. However, they all addressed only one aspect of the issue and chose to restrict themselves to either a single medium or a single era. The present exhibition has adopted an entirely new approach, broader in its scope and juxtaposing works in an atypical manner. Eschewing traditional art discourses, hierarchies and forms of classification by period and genre, the exhibition offers a sensory dive into disconcerting worlds that radically challenge our perceptions and cognitive behaviour.
Content available online 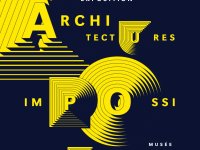 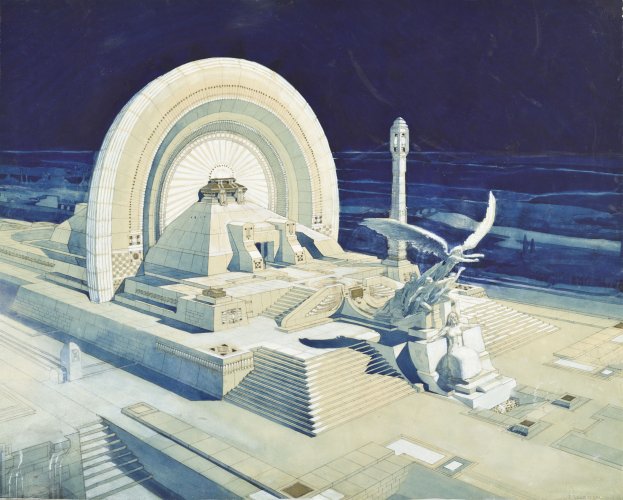 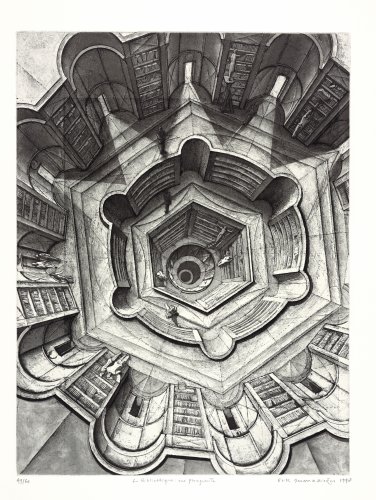 LEARN MORE Your admission ticket to over 345 museums, castles and gardens in France, Switzerland and Germany. You can buy the Museums-PASS-Musées at our member locations as well as on our online shop. Please register your PASS so it can be replaced it in case of loss.